Use Your Phone as a Document Camera

Way back in the day classroom teachers used an archaic contraption called the "overhead projector" to present handiwork to the class. I've been told these monsters used bright lights, a mirror, and an exorbitant amount of glass to project some scene to the masses. The best ones came with a big 'ole knob to focus your image...

Ok, I'm not that old (and I promise to only sparingly use "way back in the day"), but this is the second decade of the new millennium and most of us don't rely on what we can universally agree is yesterday's technology. The presenter du jour is now the "document camera." The glass, lights, and mirrors are replaced with an auto focusing camera whose video is digitally flown to a projector facing a nearby wall. Some of these "document cameras" are quite sophisticated with a lighted surface over which a piece of paper can be placed and illuminated from below. Others are more accurately described as a "web-cam on a bendy stick".

Just as our old friend the overhead was ubiquitously adopted by districts as a tool teachers could not live without, I see in almost every single classroom I've visited recently some form of this document camera. I suppose someone, somewhere, again decided that this thing, this bendy stick with a camera tip, was just absolutely necessary to learning. You may feel the same way, but if you don't already have one and can't afford it, don't fear: you can create the same tool with what you already have in your pocket. 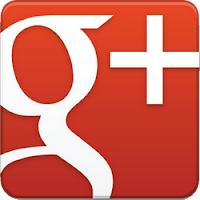 For this tutorial I'll be using the "Hangouts" feature in Google+, but if you've found another video-casting service (such as Ustream or FaceTime) you should be able to follow the steps not related to Google+ and produce a similar result. I've found that Google+ hangouts is more reliable than Ustream and can reach a larger audience. Also - I have a bias an affinity for Google products (especially with using their phone apps) and you'll find plenty of Google support on this blog. 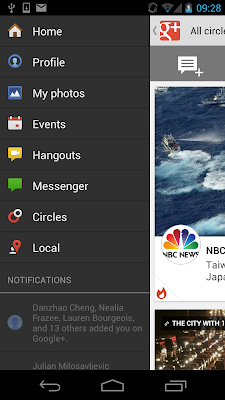 You could probably use an iPad or Android tablet and produce similar results - but those are a bit bulky for this application - I'd recommend using a phone over a tablet.

Now this can be a bit tricky - once you've done it the first time it should be simple for you thereafter. Prepare to start a Google+ hangout by choosing "hangouts" from the Google+ app. To start a hangout you either need to make it "Public" or invite a specific friend to the hangout.

If you make the hangout public, then anyone on the web can view the video stream from your phone - which is something you may be interested in. This would be a great tool for hosting help-sessions or doing live-tutoring to the masses.

Many of you will not want your cell-phone camera public to the world; if that's you then you'll want to follow these steps.

1. Go to Google+ on your COMPUTER

Yes, you'll need two different Google+ accounts. I recommend logging in on the computer with one of your student accounts, with your husband/wife's account, or simply create a "dummy" Google account.

3. Once you have two separate accounts, start a Google+ hangout from your phone and "invite" that other account to join.

4. From the COMPUTER join the hangout you've been invited to and you'll be able to see the stream from the phone's camera.

5. "Full-Screen" that window and show it to the class - you now have a "document-camera" 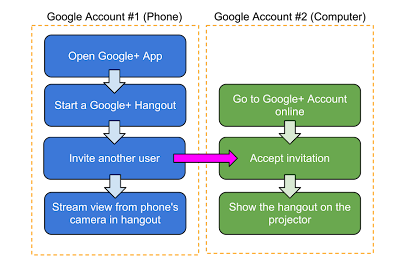 Naturally, you could also invite people individually so anyone (anywhere) can watch the stream from your camera.

What you will see on your computer 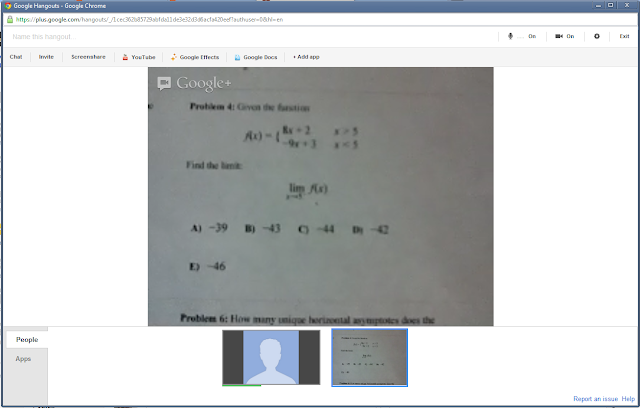 Things to Watch Out For

You're going to want to prop the phone up some how, or rest it on a ledge so that you can work underneath it - but come on - is that really so hard to do? You may also have to increase the lighting in your work space such that the image is bright enough. Again - this shouldn't be so hard to do.

If you're worried that this approach might not work - who cares! This takes a little bit of time to set up and (assuming you have a phone with you) costs you nothing to set up. Go ahead and give it a shot. Google+ is valuable to the classroom in many other ways and this would be a good introduction to that tool even if you don't end up using Google+ & a cell phone as a document camera.

So are cell phones - but you probably already have a cell phone - you might as well use it for more than its standard utility. Additionally, you can take this "portable" document camera with you anywhere and stream a lesson from wherever you can find internet access.

I'd like to see the results of you (out there) using your phone as a document camera; report back, let me know how it goes.

Posted by Unknown
Email ThisBlogThis!Share to TwitterShare to FacebookShare to Pinterest